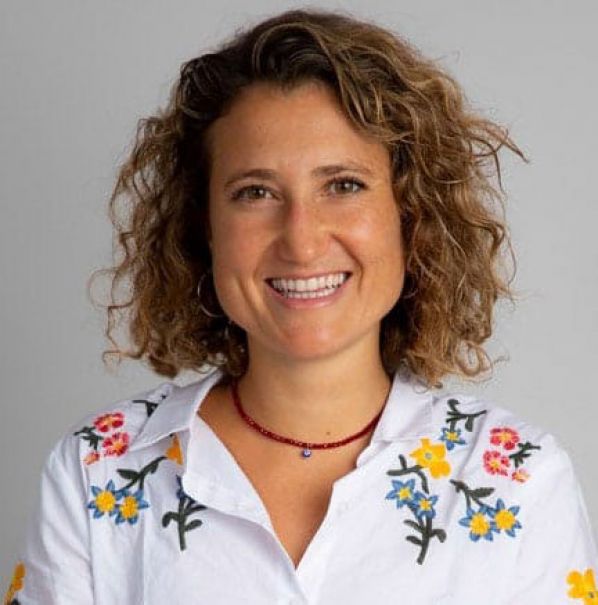 Interview with Julia Javkin, Fundación Beckley Med’s Clinical Coordinator, about her experience in treating patients with major depression with the only psychedelic drug legally approved in Spain: ketamine.

Julia Javkin is a psychiatrist expert in addictions and a pioneer in psychedelic therapy in Spain. The Clinical Coordinator of Fundación Beckley Med has been treating patients with depression for a year with the only psychedelic drug legally approved in Spain: ketamine. The results are “surprising”, in her words, as are the testimonies of the people treated: «Ketamine has given me back the will to live», «I managed to get out of the black hole I was in».

We talked to Julia about depression, ketamine and supportive psychotherapy in treatments with psychedelic substances.

What is known today about depression and does it have a physiological, neurochemical origin?

Depression is an illness that affects more and more people and we can affirm that its origin is multifactorial; it would be reductionist to say that what operates is a biological or psychological mechanism. The definition of depression will also depend on the paradigm from which we stand. What I would say is that it is a construct, like most psychiatric illnesses: it is observed that there is something in common, that this ‘something’ has a set of symptoms, and this set of symptoms is called “depression”. A time criterion is also taken into account: we do not talk about a person being depressed because they have two bad days or have “anedonia”, which is a lack of desire to do things. Depression has to be continuous over time to be considered as such.

Given this definition, what is known about the effectiveness of antidepressants, as their mechanism of action is based on the paradigm of chemical imbalance in the brain?

Classical antidepressants work at the serotonergic level, although the new nomenclature wants to stop calling them “antidepressants” and call them SSRIs (selective serotonin reuptake inhibitors), because of their mechanism of action. The reason is that these same molecules are also used for generalised anxiety disorder, so it is more correct to talk about their mechanism of action and not what they are used for. 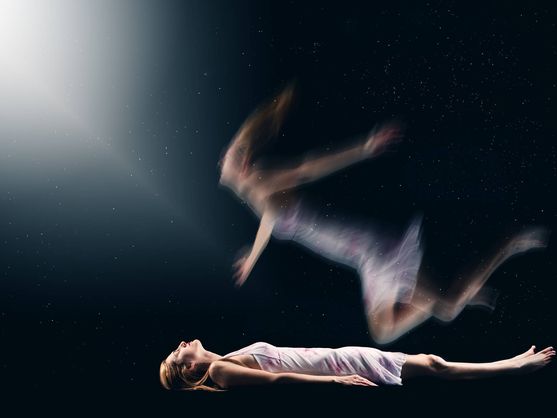 We know that there is a percentage of the population for whom SSRIs do not work.

For these antidepressant-resistant people, la Fundación BMed offers a treatment of ketamine and psychotherapy.

Ketamine has been studied for twenty years for its application in refractory depression but it was created as an anaesthetic – both for humans and animals – and is even used in paediatrics, because it has a fairly high safety margin and is the choice in many paediatric surgeries. Ketamine has this psychedelic potential, but above all it has a dissociative capacity and, depending on the dose used, the person’s subjective effect varies. Its antidepressant effects at low doses have been known for twenty years, and today ketamine is a drug of choice for refractory depression, i.e. depression that does not respond to classical antidepressants. To determine this, a person must go through two or three lines of traditional treatment. Within psychiatry, a person receives an SSRI. If that SSRI does not work, a second SSRI must be chosen, always taking those drugs to the extreme dose.

What is the difference in the time of action between ketamine and classical antidepressants?

This is one of the big differences between traditional antidepressants and ketamine. The former need a minimum of 3 to 4 weeks for them to work, because a series of molecular changes take place for which it takes a month to prove their effectiveness. With ketamine, the person feels a sense of well-being within a few hours. This is something very beneficial because of the type of personality that depressive people have, they are people who tend to be negative, they have a cognitive pattern that leads them to think the worst, even within these thoughts their behaviour is conditioned, and it is often very difficult to get out of this negative circuit. Therefore, it is very different to tell a person to trust for several weeks and to sustain a treatment, or to immediately receive the positive effect and break that loop of negativity.

What is the mechanism of action of ketamine?

The mechanism of action is glutamatergic, it is different from IRS, it does not involve serotonin. At a biological level, the mechanism of ketamine is thought to involve BDNF [brain-derived neurotrophic factor] and it also helps neurogenesis: it improves connectivity between neurons. These new neuronal connections give us the opportunity to “fill them in” with new behavioural patterns. For example, if the person is depressed and this makes them never get up before 3 o’clock in the afternoon, because the inversion of the circadian cycle is quite typical in depression, and if that person now has the opportunity to fill in that better connectivity with new information, they can change their habits and the therapeutic effect is no longer reduced to a molecular issue. They are new, healthier habits, which will contribute to the general state of the person.

Is it the fact that it affects the glutamatergic circuit that gives ketamine its psychedelic character?

Ketamine is rather dissociative, although it has a psychedelic quality depending on the dose. The dose will be calculated on the basis of the person’s weight. The studies that have been done to test the effectiveness of ketamine do not include the psychedelic effect, which is why they have already patented Esketamine, which avoids this “adverse” effect, which could be psychoactivity.

In terms of dosage, there are doses that can provide a dissociative and also psychedelic effect, the person feels something dreamlike, sometimes including visions or the sharpening of the senses.

Are these effects desirable, undesirable or neutral?

It depends on how you look at it. From traditional psychiatry, this can be an adverse effect, because the person may describe the sharpening of the senses as either pleasant or unpleasant. Particularly in the work we are doing, when this psychedelic experience happens, it usually gives us a lot of useful information for the patient. I wouldn’t call it an undesirable effect because it gives a lot of fertile ground for further work.

Does ketamine work in the same way, regardless of the subjective effect felt by the person?

Yes, scientific studies have ample evidence of the effectiveness of ketamine. In addition to these studies, the experience accumulated by the Beckley Med Foundation is really surprising, the rate of recovery, the reduction of symptoms and the reintegration that many of these people can have in their lives. It is important to emphasise that at the Foundation we propose a treatment that includes psychotherapeutic accompaniment, with mindfulness and somatic therapies, depending on the particularities of the client. We have had several cases of patients who arrive with severe depression and suicidal ideation and the change brought about is surprising. One patient described this to me as “if he had been pulled out of the well”. It does not mean that he is cured, but he had managed to get out of a “black hole”, to be able to see where to go.

This almost instantaneous action of ketamine must also serve to prevent more than one suicide?

This is true, although in any psychiatric consultation it is necessary to assess the patient’s suicidal ideation and activate other containment networks. There are always certain alerts to which we must remain alert, because this can also happen during a ketamine treatment. It should be emphasised that, just as the ailment is multifactorial, so is the treatment.

In California they are already doing group sessions, and they are injecting intramuscularly, not just intravenously, as a colleague told me. In our case, with Beckley, we first have an initial interview with a psychiatrist, to determine a series of inclusion and exclusion factors, substance use, because we must not forget that ketamine has an addictive potential, to see if there is any psychotic pathology…. From there the therapy is planned, normally we are working with “Acceptance and Commitment”, mindfulness and somatic therapy.

The infusion of ketamine is done intravenously, which allows us to stop the infusion in case of any adverse effects. The infusion lasts 40 minutes and before the infusion, it is explained to the patient that he/she may feel psychedelic effects or not feel anything at all. There are people who are lonely and isolated and suddenly feel a sense of connectivity; people with family problems, they feel forgiveness; many people have an experience of joy and happiness that they are not able to feel on a daily basis.

How long does the whole session last?

The infusion lasts 40 minutes, but the whole session can take up to 3 hours. We do a meditation beforehand, the ketamine infusion, the landing, the integration… we normally do between 6 and 10 initial sessions. There is no fixed formula, it depends on the availability of the person: some people prefer to be admitted to CITA Clinics, others prefer to do it on an outpatient basis…

To what extent is the psychedelic effect important when it comes to healing, what role does the temporary deactivation of the so-called ‘Default Neural Network’ play?

I am becoming more and more hallucinatory. As I delve into particular stories I see how the Default Mode Network has a direct impact on people’s process, and how the psychedelic effect brings the root of their problems so clearly to their attention. Let’s agree that in this type of experience there is a dissolution of the ego, there is this connection with the whole that dissipates the most egoic self, so many beliefs that the patient has about himself, about the person who suffers, that there is no other way out, through the psychedelic experience is disarticulated in a minute. During the experience there is so much information received that it can be overwhelming, hence the importance of integration. In fact, the greatest risk is that the experience is not integrated and becomes trivialised. Then, we are no longer talking about something therapeutic but experiential.

Finally, we use ketamine because it is the only authorised drug today, but there are dozens of compounds, plant and synthetic, with which important therapeutic results are being registered, from DMT to psilocybin, via MDMA…

There is no doubt about it. At present, we are legally prevented from offering clinical treatment with other substances. It can be used in the field of research, and that is why we are carrying out the study of Duel and Ayahuasca, and to accumulate experience that will allow us to make good use of psychedelics, an important aspect if we want to avoid what has already happened: prohibition due to misuse.

A lot of progress is being made and we are on the verge of approval. For me, information and dissemination, breaking the taboo and spreading good information is very important.

More information in the Clinical section of our website. 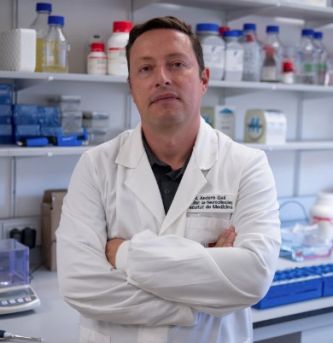 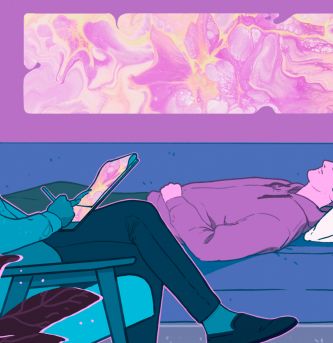 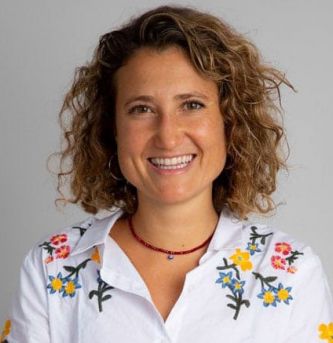